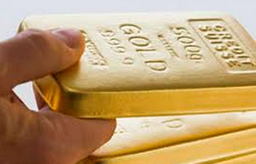 “The RCT is no gold standard in medicine generally and definitely not in CAM.

It reminds me of my training in Economics while studying for my Bachelor of Science degree, a Latin phrase kept appearing in all economic forecasts; “ceteris paribus”. It can be roughly translated as “ other things being equal” as in “the demand for pigs increases as the price falls, ceteris paribus”. However in the real world other things never stay unchanged!

The vaunted RCT is based on one variable changing another variable whilst all other influences are accounted for. I used to think this was legitimate for testing an aspirin and its effect on blood clotting in people but I no longer think so for two main reasons. The first is that despite the greatest care being taken to eliminate other influences by carefully selecting matched groups of people, by trying to adjust for other possible effects, in reality this is impossible. Even in the simplest laboratory trial it is never possible to eliminate the experimenter’s influence. In fact at the frontier of science, quantum mechanics, it is a fact that observation influences what is observed. The second reason is that the influence of the “placebo effect” can invalidate any trial however well conducted. We now know a simple pain killer’s effect can be largely placebo.

If we are ever to evaluate healthcare interventions whether in osteopathy, or in drug therapy we shall have to “bite the bullet” and try to get a measure of as many of the variables as possible, we shall need a multi factorial analysis system, including the intangible, so called placebo effects. The need for this more sophisticated approach is more important for the natural therapies where the therapeutic input may involve the relationship between patient and practitioner, time spent counseling at some level, advice on lifestyle, the ambience of the clinic, and perhaps ancillary therapies.

The prescription of a drug in a ten minute consultation, although not devoid of some of the above, may be better suited to a RCT, but there can be no doubt that the personal interaction of patient and doctor will still have a significant effect on outcomes.